1、 问题:Read the passage “The Discovery of X-rays” quickly and choose the paragraph(s) which contain(s) the answer(s). You may choose more than one answer for question 3. The Discovery of X-rays Par. 1 Except for a brief description of the Compton effect, and a few other remarks, we have postponed the discussion of X-rays until the present chapter because it is particularly convenient to treat X-ray spectra after treating optical spectra. Although this ordering may have given the reader a distorted impression of the historical importance of X-rays, this impression will be corrected shortly as we describe the crucial role played by X-rays in the development of modern physics.Par. 2 X-rays were discovered in 1895 by Roentgen while studying the phenomena of gaseous discharge. Using a cathode ray tube with a high voltage of several tens of kilovolts, he noticed that salts of barium would fluoresce when brought near the tube, although nothing visible was emitted by the tube. This effect persisted when the tube was wrapped with a layer of black cardboard. Roentgen soon established that the agency responsible for the fluorescence originated at the point at which the stream of energetic electrons struck the glass wall of the tube. Because of its unknown nature, he gave this agency the name X-rays. He found that X-rays could manifest themselves by darkening wrapped photographic plates, discharging charged electroscopes, as well as by causing fluorescence in a number of different substances. He also found that X-rays can penetrate considerable thicknesses of materials of low atomic number, whereas substances of high atomic number are relatively opaque. Roentgen took the first steps in identifying the nature of X-rays by using a system of slits to show that (1) they travel in straight lines, and that (2) they are uncharged, because they are not deflected by electric or magnetic fields.Par. 3 The discovery of X-rays aroused the interest of all physicists, and many joined in the investigation of their properties. In 1899 Haga and Wind performed a single slit diffraction experiment with X-rays which showed that (3) X-rays are a wave motion phenomenon, and, from the size of the diffraction pattern, their wavelength could be estimated to be 10-8 cm. In 1906 Barkla proved that (4) the waves are transverse by showing that they can be polarized by scattering from many materials.Par. 4 There is, of course, no longer anything unknown about the nature of X-rays. They are electromagnetic radiation of exactly the same nature as visible light, except that their wavelength is several orders of magnitude shorter. This conclusion follows from comparing properties 1 through 4 with the similar properties of visible light, but it was actually postulated by Thomson several years before all these properties were known. Thomson argued that X-rays are electromagnetic radiation because such radiation would be expected to be emitted from the point at which the electrons strike the wall of a cathode ray tube. At this point, the electrons suffer very violent accelerations in coming to a stop and, according to classical electromagnetic theory, all accelerated charged particles emit electromagnetic radiations. We shall see later that this explanation of the production of X-rays is at least partially correct.Par. 5 In common with other electromagnetic radiations, X-rays exhibit particle-like aspects as well as wave-like aspects. The reader will recall that the Compton effect, which is one of the most convincing demonstrations of the existence of quanta, was originally observed with electromagnetic radiation in the X-ray region of wavelengths.When were X-rays discovered?
选项：
A:Par. 1
B:Par. 2
C:Par. 3
D:Par. 4
E:Par. 5
答案: 【Par. 2】

1、 问题:Task 1: Match each topic sentence with a supporting detail. Topic SentenceSupporting Detail1. Very few people in a new job could carry out their duties perfectly from the start.2. It is worth doing a course, if that skill is in great demand at present.3. Latest figures show record unemployment for 16-year-old school leavers.4. This particular recruitment agency has a remarkable record of filling job vacancies.5. ___ There are lists of standard interview questions on the internet.A. This has been put down to the current economic climate, which shows no sign of improving.B. The main reason for this is that they make sure their recommended candidates are suitable.C. Employers understand that there is a learning curve in every position.D. An obvious example is computer literacy, which is a must in every office nowadays.E. These include classics like ‘What’s your greatest weakness?’ and candidates should have an answer prepared. Write down the 5 corresponding letters of the supporting details for the 5 topic sentences. (Write your answer like this: ABCDE)
答案: 【(以下答案任选其一都对)cdabe; 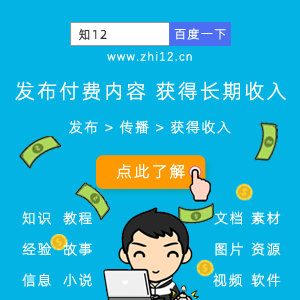